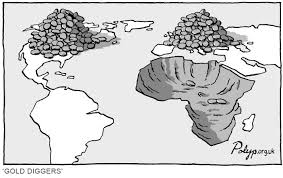 Imperialism put in the simplest form is one country forcing it’s ways onto another country and doing so with power, intimidation and force. As exemplified by the pioneers to the Native Americans. The Native Americans had their own cultures, languages, and beliefs before the arrival of the intruders. The pioneers did not like this, so they did everything they could to make the natives have the same beliefs, language, and religion as the pioneers. As the Natives had already inhabited much of the land that would one day become the United States, until the pioneers forced the Native Americans to pick up their lives and move. If they refused they were killed. This is a prime example of imperialism in history, although, this is not a secluded case, this happened and continues to happen today all over the world. 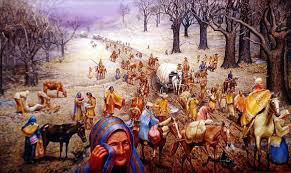 Cultural imperialism is when a one cultures norms and beliefs are changed by another culture and the way that this is done is through movie studios/ media. This is the way that American culture is shared and put on as a norm for the entire world. Because of Hollywood having the role as the leader in the world in the movies and television foreign. This leads to the entire world watching movies that are based off of American Cultures. This has the potential to shape things from world views on beauty to reformation of small local cultures everywhere. 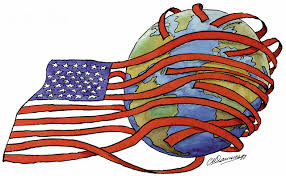 On the other hand, not everything about cultural imperialism is bad.  Due to Hollywood's status in the movie industry this allows for privately owned studios with non governmental hands involved to run the industry. This permits other countries the option to pick whether it makes more financial sense going with hollywood or a local company to create their movies.

Cultural Imperialism is also about our culture that has found other ways to get across the globe. McDonaldization is another type of imperialism. “McDonaldization is characterized by efficiency, calculability, predictability, and control. These four attributes—more than any specific cultural ideas—are the primary features of globalized American businesses” (http://open.lib.umn.edu). The idea of McDonaldization is that our culture is also put into other countries by big business. McDonalds has spread to over 100 different countries in over 32,000 locations, making in one of America's largest fast food exports. Although if you go to a McDonalds in China the food may be different, the slogan “I’m Lovin’ It” stays the same. (http://sites.psu.edu)

A very similar thing is happening with Disney, having over 350 stores world making because of their status as a top retailer for children's toys. These are prime examples of our culture being spread world wide to other countries without invading or physical force.