*The above definitions are all from the perspective of a person knowing Internet memes in United States better. 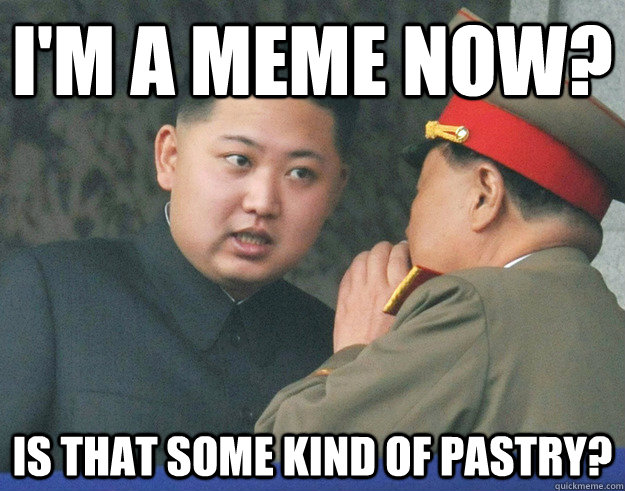 Those national leaders are usually very famous in United States. What’s more, there must be some political affairs or special characteristics that make them unusual. Since memes generally make fun of something in order to let the memes looks funny, and also, its entertainment nature is a main reason why some specific kinds of memes are much more popular and wider spread than other meme series. But these memes can very much show the political status of America. Internet users are very free to express themselves and use sarcasm in their words written in memes. Also, these memes can propagate their political ideas to the public. "Whether or not trolls deliberately forward political or cultural critiques, however, political or cultural critiques can be extrapolated from the trolls’ behaviors."(Philips) These ideas include what country they like, which kinds of political systems like liberal democracy and so on. 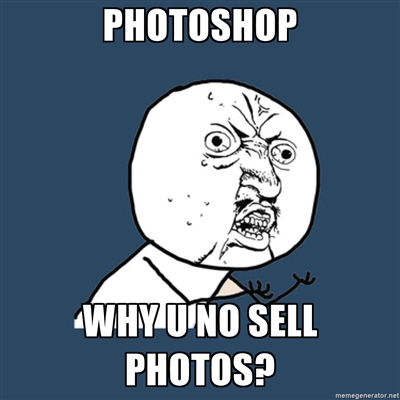 Other than these national leaders, the “Y U NO” Guy is a good example of the International Source Memes as well.

The source of its facial expression is from a Japanese manga. “The character’s facial expression, full of frustration and rage, can be found in Gantz’ Chapter 55: Naked King (裸の王様), originally released in February 2002 and the English translation in June 2009.”("Y U NO" Guy) 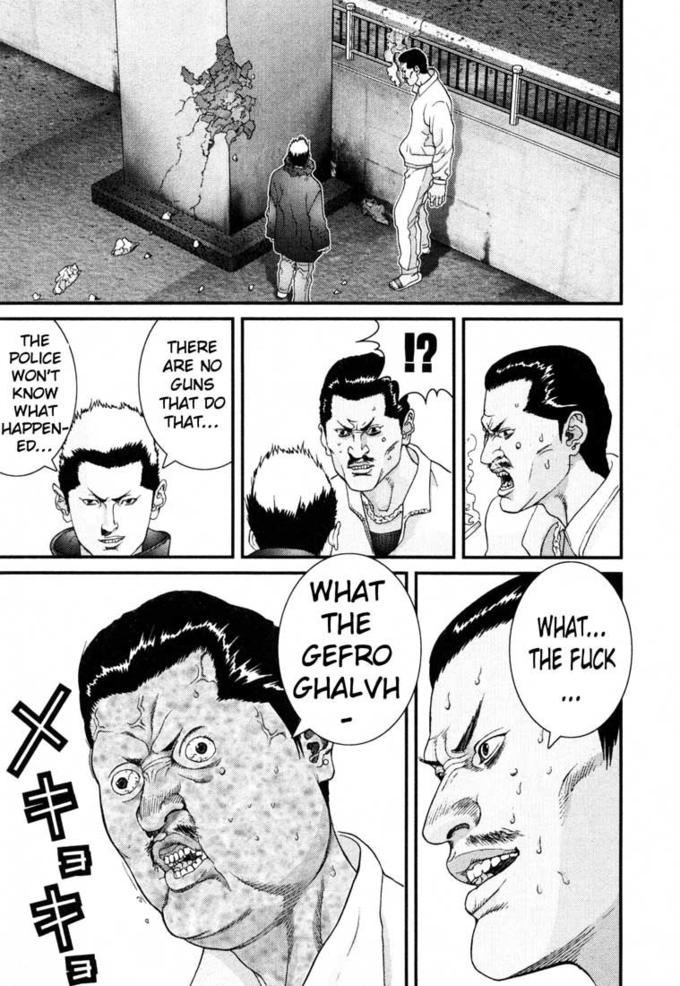 Doge memes is another example for International source Internet Memes. The word “Doge” was first appeared in the episode titled “Biz Cas Fri 1” in Homestar Runner’s puppet show (Doge).The pictures the memes use as sources are photos of a rescue-adopted Shiba Inu dog whose names is Kabosu. She was adopted by Japanese kindergarten teacher Atsuko Sato. Atsuko at first just post Kabosu’s photo on Reddit, and then it got popular on Tumblr. The typical Doge memes will add words like “Very”，“so”，“wow” in an inappropriate way like “much cake”, “so cloth” and so on. Comic Sans Font is another symbol of doge memes. Youtube even make a 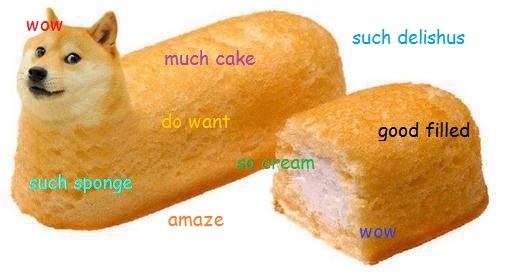 Easter egg: when users search the phrase “doge meme”, the text changes to be colored and in Comic Sans.

This Shiba Inu is so popular that there are even games and meme apps that are created for it. 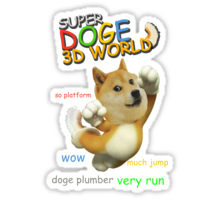 Not only count as International Source memes, it is also spread among countries all over the world. In China, there is a "tieba"(like Reddit) especially created for this memes. (http://tieba.baidu.com/f?kw=doge&fr=ala0&tpl=5 ) Also, in daily chatting on smartphones, Doge is a very commonly seem meme. Almost everyone who uses social software chatting in China know this meme.

On the other hand, rage comics are those which spread all over the world. As far as I am concerned, these comic should be count as memes as how memes are defined. This comic style was originally drawn by Carlos Ramirez, an Oakland-based artist. It mainly spread through Social Media like Facebook, Tumblr, and 4chan. It is both popular in United States and

abroad. It is very common to see it on social media in China such as Weibo (a Chinese microblogging, which is used more than Facebook and Twitter since they are banned for using in mainland China) as well. Here is an example of Chinese rage comic. 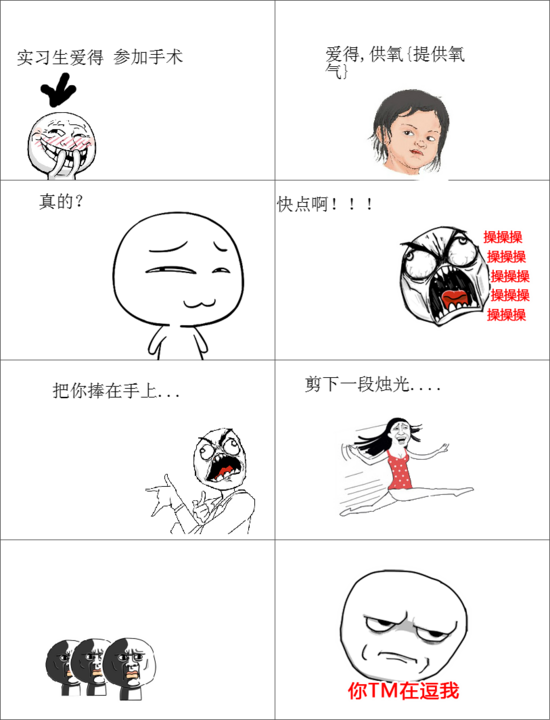 There is even website that is built for Internet users to create and publish their rage comics. (http://baozoumanhua.com/catalogs/duanpian)

Besides these two categories, those memes with foreign languages written on are also included in one of primary types of international memes. In the following website(International Internet Memes):

There are several memes that are collected from countries all over the world. The website states: “Yes, the same things happen in different forms in different languages, and luckily there are enough multilingual web publishers to give us a glimpse into those non-English memes, even if they don't catch on in the English-speaking world.” Since the title of this article is called International Internet Memes, I assume it supports the idea that memes in different languages are part of International Internet Memes. 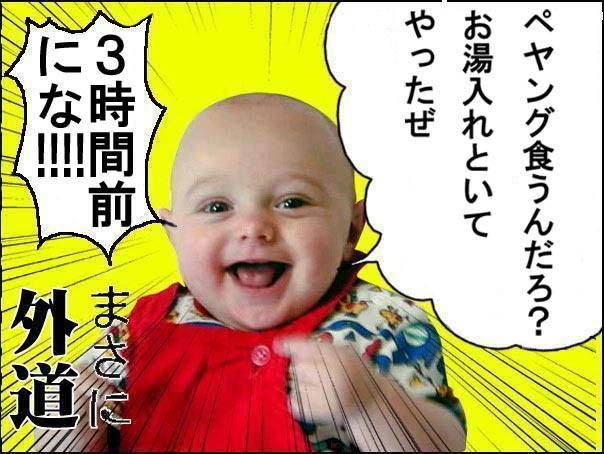 From the case study I research above, there are a lot of pictures or photo sources that were from Japan. However, in Japan, it is not a main trend to use and create memes. Even the Wikipedia page for Doge(Memes) only have 9 versions of different language pages ( Deutsch, Français, עברית, Bahasa Melayu, Polski, Русский, Српски / srpski, Suomi, 中文) which do not include Japanese. If search “doge” under Google image in Japanese domain(https://www.google.co.jp/search?q=%E3%83%89%E2%80%94%E3%82%B2&biw=1920&bih=947&source=lnms&tbm=isch&sa=X&ved=0ahUKEwjc4PSr_NLMAhWk64MKHZvxAYQQ_AUICCgD&dpr=1#tbm=isch&q=doge ), there are only photos and English memes shown. No Japanese memes are found.

Then what does Japanese uses when they are chatting on smartphone? The following chart is a research result: 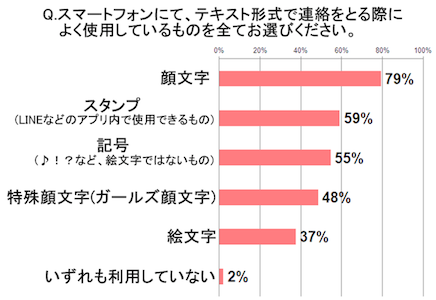 These evidences all show that memes are not popular in Japan. Instead, kaomoji is in the dominant status in Japanese daily chatting. 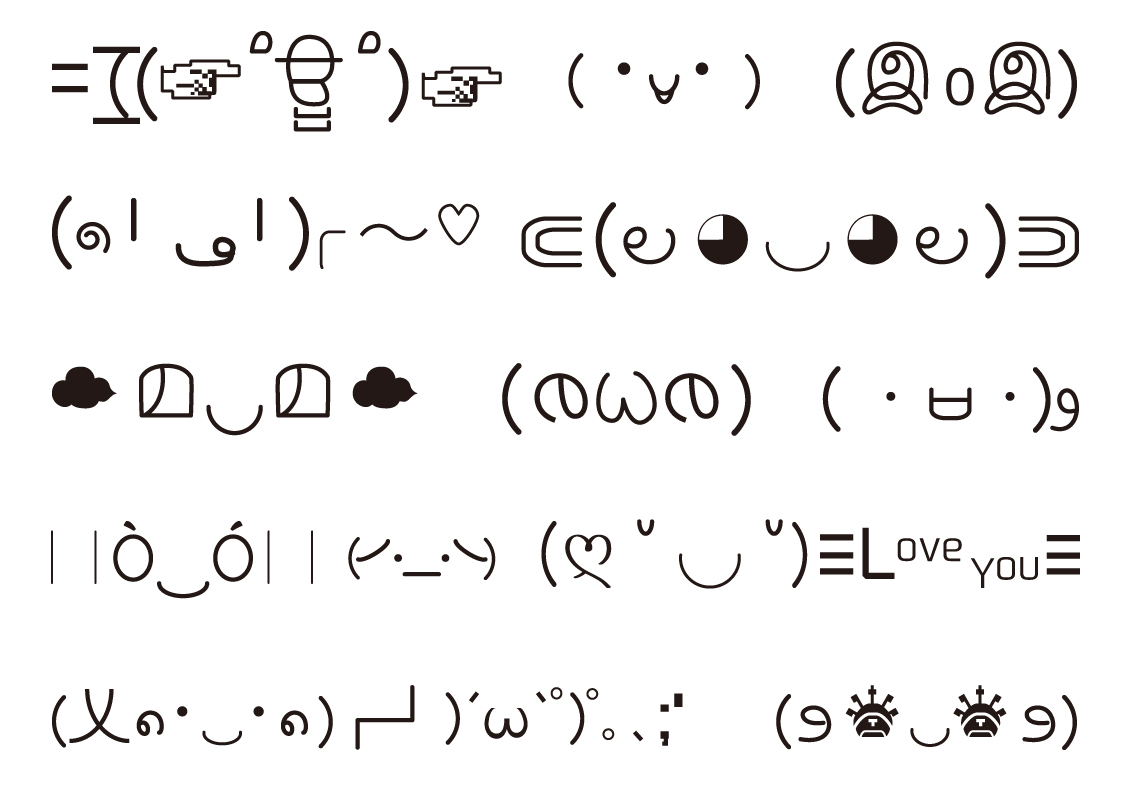 I will use memes in China as the case study for researching memes in foreign countries. The definition of Internet memes in China, which is called Biao Qing Bao(表情包) is as confusing as the definition in English. However, I would say it includes more concepts than memes in US.  Biao Qing Bao is more like merging stickers, emoji, gifs and memes into a single word. There is no corresponding word that describe the concept of meme in particular. The literal meaning of Biao Qing Bao is “a pack of facial expressions”. This is very different from the literal meaning of meme, which states that memes are “Popular quotes, images, and real people, which are copied, imitated, and spread all over the internet(s)!” by Urban Dictionary.

Despite the differences between the definitions, the emphasis of the memes in the two countries are not the same as well.

In United States, Memes creators pay more attention to patterns, or styles in each meme series. For example, the Boromir memes has the pattern “ One does not simply…” because of its origin was Actor Sean Bean’s famous sentence that : "One does not simply walk into Mordor."

Then when netizens are making memes, they will add sentences like:

"One does not simply... step on a lego and feel no pain."

"One does not simply... watch Twilight." 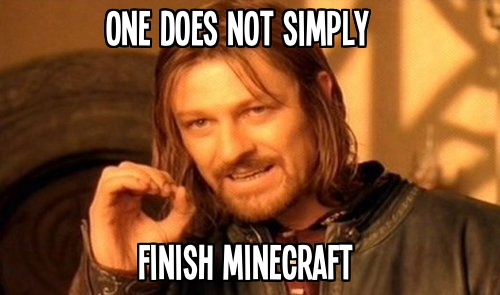 However, in China, the emphasis not on patterns but the facial expressions or actions of memes. For instance, the following meme is photoshop of collecting “Big Three” in Asian Memes. These three persons are called “Big Three” because their laughing faces are all really funny. So instead of changing words, Chinese memes put the laughing point of memes onto their facial expressions.

The similarities between memes in US and China is that they use Internet slangs and any materials to make memes fun. Also, a particular font for words in memes is necessary. As I mentioned earlier, in doge memes, we use Comic sans to distinct doge memes. What’s more, people tend to misinterpret memes from their original context. The Boromir memes origined from a film and the “Big Three” faces are all from television and films which have nothing to do the use of memes now.

Phillips, Whitney. "Internet Troll Sub-Culture's Savage Spoofing of Mainstream Media [Excerpt from This is Why We Can’t Have Nice Things: Mapping the Relationship Between Online Trolling and Mainstream Culture]." Scientific American. N.p., n.d. Web. 11 May 2016. <http://www.scientificamerican.com/article/internet-troll-sub-culture-s-savage-spoofing-of-mainstream-media-excerpt/>.