They say I'm a futurist. What is a Futurist? I don't know. They don't exist. 'Mademoiselle Critique' has told you about them. I'll show her!

F.T. Marinetti was the founder of futurism, but his first major publication, Poesia, includes more than just the futurist ideologies. Since marinetti was independently wealthy, then why did Poesia include ideology that could've been seen as 'anti-futurist' and why did Marinetti allow such contributors?

In examining Poesia, we must start at the 1905, edition. After becoming independently wealthy and learning the publishing trade from the journals he published at the University of Bologna, Marinetti began Poesia. Poesia was an international journal specifically meant as "an insane gesture" intended to "shock the driveling Italy that still read Carducci." The journal contained a mix of mainstream Italian and French poets in the vein of late symbolism. Obviously, Poesia was not a-political - Marinetti's own judgement of Italy stemmed from his own ideals of irredentialism (of which he acted on and gave many nationalist speeches about in former Italian geo-political areas). However, the journal was not as blunt in its earlier volumes compared to the editions published after the 1909 Futurist Manifesto.

The forming of futurism happened during Poesia's dulling. With the same format of avant-garde pieces seen during symbolism, the early editions of Poesia held an attractive alure - the publication itself was well known around France and Italy specifically, but because Marinetti was wealthy, he was able to distribute Poesia to his heart's content, sometimes printing up to twenty-thousand reproductions specifically to send to critics. Based on the way he conducted his publication, any publicity was good publicity. And in doing so, he was able to recruit aspiring painters and poets in Milan and Paris to later groom into his futuristic fleet. Of his new inner circle, Gustave Khan, Anton Bragaglia, Giovanni Pascoli, and Gino Severini were the main contributors. However, between 1905 and 1909, they were also not fully invested in the futurist movement. For example, Anton Bragaglia was taught in romanticism, Giovanni Pascoli was ideologically simple focusing his early poems on nature and life, and Severini was taught classical painting, only later (thanks to Marinetti) introduced to Divisionism.

In the same vein, Marinetti was grooming his new circle to the ideals of futurism. Beginning with a car accident in 1908, Marinetti had an epiphany to what it meant to be a part of the city and technology and realized that Poesia would be his shuttle to promoting this new avant-garde, a new avant-garde of the avant-garde per se. However, unlike his earlier book publications that recieved mixed ciritcal response, Marinetti used the backgrounds of his inner circle to help him mold the Futurism Manifesto. The Poesia contributors of his inner circle were sent his drafts, to which they responded, and Marinetti editted his manifesto accordingly. The result was the publication of the Futurist Manifesto in Poesia vol. 5 February 1909. But Poesia was more or less still being forced circulation. So in order to not only be a form of advertising for Poesia but also as an advertisement for Futurism, Marinetti used an old connection his father knew, Egyptian ex-minister Pashah Mohammed el Rachi, who owned a large share in Le Figaro, to publish his futurism manifesto ont he front cover.

Marinetti's popularity transcended Poesia's reach. Independent journals from London (Illustrated London News) and France (Excelsior) and Russia promoted the promises of Futurism. This led to more people being recruited by Marinetti. However, it also led to such negative critic reviews as Appolonaire's Futurism Anti-Tradition mocking futurism, or as Valentine de Saint-Point's Manifesto of the Futurist Woman that offered a less anti-feminism stance to futurism. But this highlights why Marinetti targetted critics in the publication of Poesia. Because of the feedback given to Marinetti, he was able to take the same roots that Poesia started with (as an international journal) and let the ideas of the futurists shape the future of the movement. 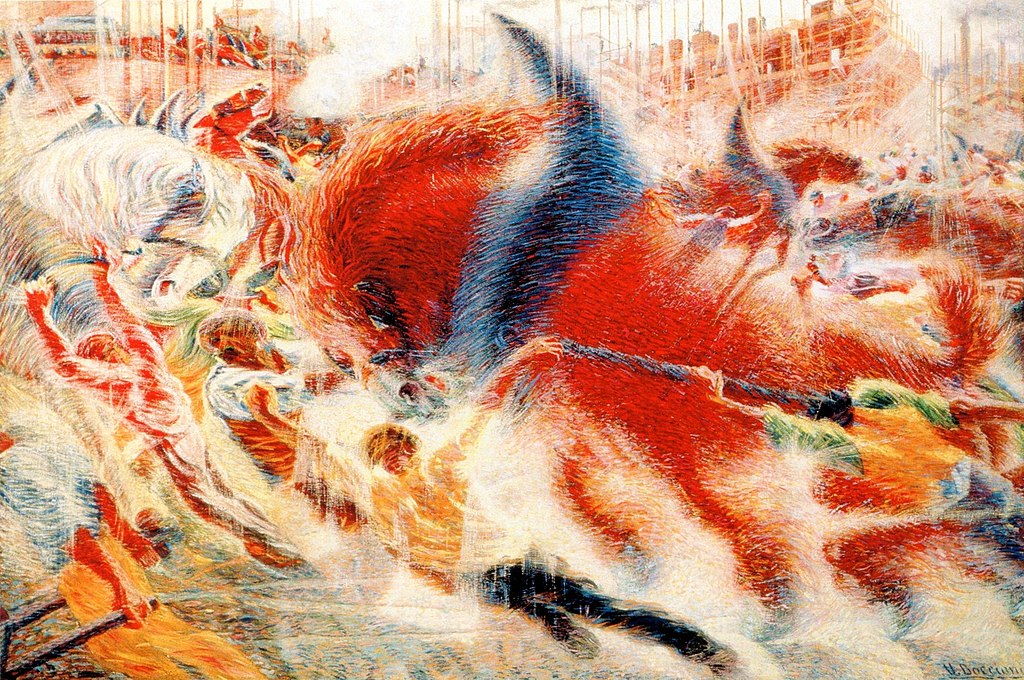