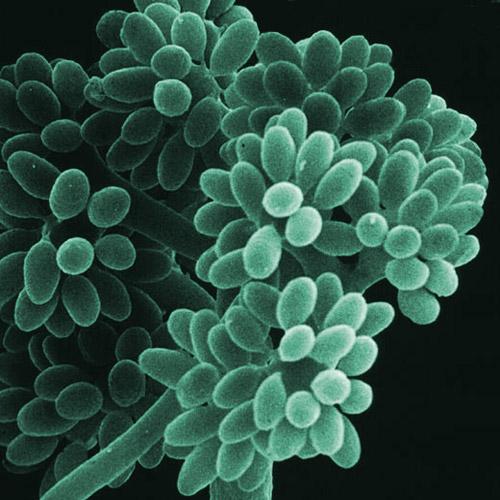 Botrytis cinerea (B. cinerea) is a pathogenic species of fungi that infects various agricultural crops around the world. B. cinerea is the agent of the fungal disease gray mold, otherwise known as bud rot or botrytis blight. The fungal disease affects plants by exploiting the host’s natural defenses, eventually leading to necrosis.

Gray mold infection starts with spore gemination on plant tissue, which occurs in a high relative humidity and warm temperatures of 15-25°C. B. cinerea targets damaged, weak and succulent plant tissue. Once the spores have germinated, a web of mycelium is formed by the initial infected area that rapidly spreads though the plant in suitable environmental conditions.

B. cinerea has various methods of attacking host plants. One such method is the unique ability to take advantage of a plant’s hypersensitive response. During the time a plant encounters a fungal pathogen, an oxidative burst is triggered in order to keep the infection contained. B. cinerea however, is able to exploit this natural plant response and use it to grow itself in a necrotrophic manner. 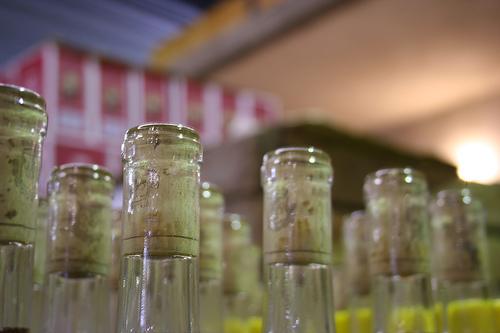 The gray mold mycelium network is amplified in dense plant structures, which may explain the prevalence of this plant disease in the cannabis species C. sativa, C. indica and C. ruderalis. The cannabis species is particularly prone to mold infection during the bloom cycle and final stages of growth.

Cannabis plants that are infected with gray mold show symptoms of yellowing, reduced growth, impaired yield along with the visible gray fungus that can be found growing on buds. The impact of B. cinerea on the medical/recreational cannabis industry has proven to be devastating to harvests. Gray mold infected buds are not considered safe for medicinal usage due to reported dangers of inhalation of B. cinerea which may cause invasive pulmonary aspergillosis. As a result, cannabis cultivators dealing with bud rot infections are recommended to dispose of all infected buds.

Control of B. cinerea is accomplished by means of reducing the relative humidity of a grow area, when possible. A reduced humidity lower than 45% has shown to halt spore germination and development. Other methods of mold prevention in cannabis include increasing airflow to plants, protecting buds from moisture, along with frequent inspection.

The susceptibility of a cannabis strain has much to do with the strain’s genetic history and breeding environments. Cannabis strains from wet climates such as the rainy outdoor areas of the United States, Southeast Asia, and Africa often build a natural resistance to gray mold through generations of subsequent bud rot infections.

Cannabis breeders have developed genetic lines of mold resistant strains to prevent mold infections in plants. C. sativa shows a higher resistance to mold than the relatives C. indica and C. ruderalis. Researchers speculate that the cannabis mold resilience is in part due to the plant’s determination to reproduce. In order for the cannabis plant to complete it’s reproduction cycle, a female plant must mature seeds. Thus, hindering B. cinerea becomes a priority for C. sativa plants growing in wet, humid climates.